Manage Settings
Accept Recommended
Get In Touch
Contact Us 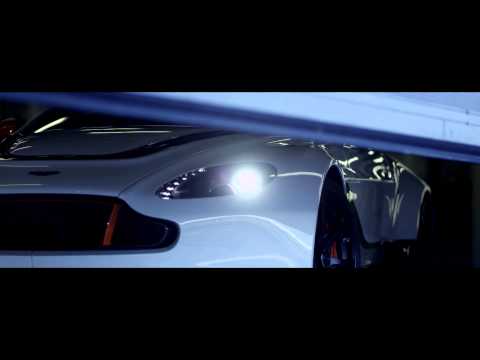 The GT12 is a wonderful part of Aston Martin’s history but it got off to a rocky start with the name. You see, it was originally going to be named the Vantage GT3. Essentially it was a road-legal version of the endurance race car bearing the same name and as such AM chose the GT3 nomenclature. Porsche on the other hand, was less impressed with Gaydon’s new track-prepped GT. The German manufacturer argued that they had been using the GT3 name since 1999 and had filed a trademark for it in 2011.

It was Aston Martin’s view that the FIA GT3 racing series enabled car makers to use the GT3 moniker on road cars freely and that the name had also been used before Porsche added it to the 996-generation 911 back in 1999. The car that Aston Martin was referring to was the Lotus Esprit GT3.Rather interestingly, there was also a Bentley Continental GT3-R too.

Quite understandably, Aston Martin decided that fighting Porsche, a much larger and wealthier manufacturer, was a poor use of resources. And so the V12 monster became the GT12 and Aston Martin focussed their attention on the car.

The Aston Martin mission statement for this car was; ““To create an extremely special Vantage, one that is taken to spectacular new levels to celebrate the achievements of Vantage on and off the track“. With such huge success in GT racing, it seemed only fair that Aston Martin should reflect their achievements in road car form.

The GT12 was created away from the core product range by the special projects team. This is the same team that delivered One-77, V12 Zagato and CC100.With their expertise, they were able to pay incredible attention to the fine details of GT12 that make it so special.

Whilst there is much that can be discussed about the aesthetic enhancements to GT12 and indeed the infotainment (which is very good), I really want to focus on the aero and weight saving. Whilst any car with a V12 in the nose will never be a true lightweight, it was amazing how much effort was put into shaving the kilos.

The wild look of GT12 was definitely not just for show. The aero package was extremely functional. It included:

The balanced distribution of downforce outweighed any areas of lift being generated from high speed and created a 7 fold increase in downforce at 160km/h. Significant downforce is created by the front splitter which is equally balanced out by strong downforce created by the rear wing.

Interestingly, the top speed was actually lower than that of the V12 Vantage S because of the extra downforce created. The V12 Vantage S was capable of 205mph, the GT12 by comparison had a maximum of 185mph.

For the ultra-track day enthusiast, the centre-locking wheel was also available as an option 7-spoke magnesium wheel in satin black. Although an expensive option (£17,995), this saved a total of 8.4 Kg over the standard wheels, critically as un-sprung weight.

Vantage GT12 as standard came with a titanium exhaust system downstream of the manifolds. Incorporated within the system is a new design muffler that was optimised to work in tandem with the upgraded magnesium inlet manifolds to achieve maximum torque and power output improvements. Overall, the titanium exhaust system is 18kg lighter than the standard steel V12 Vantage S system. The weight saving was enormously useful but the standout feature is the remarkable sound that the naturally aspirated V12 made when breathing through the large bore titanium exhausts. It must be one of the finest sounding cars ever made. We have no idea how it meets road noise limits!

This was another nice feature. There was an option to have a polycarbonate rear window and rear quarter windows. This saved 3kg in weight and is truly in keeping with the race car feel.

Carbon Fibre lightweight seats were standard on the GT12, contributing 20kg to the total weight reduction vs. the standard V12 Vantage S sport seats. They also provided increased support during spirited driving and complemented the DNA of the car. The standard seat came with manual adjustment to maximise weight reduction. There was an option to add electric adjustment but it added back 8kg.

Taking inspiration from One-77 and the GT3 race cars, the door outer casing was completely finished in satin lacquered Carbon Fibre and featured a leather trimmed door armrest pad which formed part of the Lower Environment trim. To pull the door shut, there was a leather strap that could be colour coded to suit the individual car. There is no quoted weight saving for this set up but it would have certainly been lighter than a standard door trims.

This is quite amusing; to help maximise weight reduction, the Vantage GT12 didn’t come with an interior parcel shelf. This also made the boot into a base box for the exhaust note, accentuating the already vocal titanium system. Customers could choose to have a parcel shelf which came trimmed in black Alcantara as a no cost option.

They also typically reduced unsprung weight by about 23kg.

To cope with the demands of both track and road, the Michelin Pilot Super Sport tyres were standard, providing the optimum balance for both driving scenarios. The wider rear tyres provided excellent traction during acceleration as well as making the car look extremely menacing.

Back to Top
© 2022 HWM New Zealand Avenue, Walton-on-Thames, United Kingdom, KT12 1AT Reg Office: Bridge Street, Walton – on – Thames, Surrey, KT12 1AT Reg. Company Number: 6794068 VAT Reg. No. 211541514
CREDIT PROVIDERS H.W.M. Limited T/A HWM Aston Martin is an appointed representative of ITC Compliance Limited which is authorised and regulated by the Financial Conduct Authority (their registration number is 313486). Permitted activities include advising on and arranging general insurance contracts and acting as a credit broker not a lender. We can introduce you to a limited number of finance providers. We do not charge fees for our Consumer Credit services. We may receive a payment(s) or other benefits from finance providers should you decide to enter into an agreement with them, typically either a fixed fee or a fixed percentage of the amount you borrow. The payment we receive may vary between finance providers and product types. The payment received does not impact the finance rate offered. All finance applications are subject to status, terms and conditions apply, UK residents only, 18’s or over, Guarantees may be required.
GET IN TOUCH If you would like to discuss your experience at any of our dealerships then please feel free to contact us. Contact Us
HWM on Social Platforms:
Back
Book A Service
Vehicle Valuation
Compare Saved Vehicles
Top
Close