Which Aston Martin model do we think is going to go up in value?

Well, I firstly need to say that I can only offer an opinion on the market. The truth is, nobody really knows what the market is going to do. Frankly, it sometimes defies logics so I can simply try to take an educated guess. It should also be pointed out that there are quite a few Aston Martin models that I would predict are likely to go up in value but for this piece, I have picked just one example to talk about.

That car in question is the V12 Vantage Manual. I have chosen it because it feels generally over looked. The DBS manual had a bit of a rally in the market a couple of years back and still remains a very good car to own long term but it feels like the V12 has been passed by.

I can’t fully understand why the V12 hasn’t seen strong appreciation. This is a car that has wonderful, clean lines. Handsome with just enough menace to make you understand it is something special without being over the top or vulgar. It has that timeless allure that seems only set to get better with age.

It offers that fabulous combination of the smallest body with the largest engine. What’s not to like? It is also surprisingly practical with a large boot and a cabin that tends to be more accommodating of those of greater stature when compared to the DB9 or DBS. It is therefore a wonderful car for a road trip.

Then, of course, there is the driving experience. A naturally aspirated V12 engine, manual gearbox and rear wheel drive format is something of a rare commodity. There are few, if any competitors at this age bracket, making it a unique car to own. The likelihood of any manufacturer making a car like this again is practically zero.

You might think that a 6.0 V12 with a manual gearbox would be hard work to drive but the controls are just perfect. The gear shift and clutch have some weight but only modestly so. It is easy to manoeuvre at low speed and flexible enough to not require constant cog shifting too. But when that time comes to open it up, it has an almighty punch, communicative steering and hugely powerful carbon ceramic brakes that are full of feel. It is a joy to throw down a twisty country road.

Downsides? On the non-S models, the V12 has fixed rate dampers that are firm. Not a problem for most people but you definitely know that you driving something with serious potential. The infotainment system always gets some stick too. This is probably fair. The pre-Garmin navigation feels very out of date but does get the job done. Later cars car that are 2012 model year onwards get the upgraded navigation which is really pretty good. Ultimately, if it offends you that much, you can upgrade to Apple Car Play as a retro-fit.

Overall, V12 Vantage values seem relatively low in relations to the unique driving experience they offer. They were built in modest numbers and seem to be the perfect proposition for the growing enthusiast movement that are gravitating towards analogue, manual transmission cars.

As something to own and enjoy over the next decade, a V12 Vantage would make a very compelling proposition. If you are in any doubt, you should re-visit on YouTube the review by Jeremy Clarkson on Top Gear when the car was first released. Very few words, beautifully filmed and sure to get you in the mood for a naturally aspirated V12 manual! 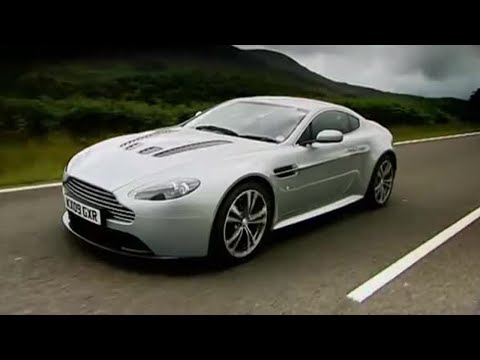