Manage Settings
Accept Recommended
Get In Touch
Contact Us

In 2006 at the Detroit Motor Show Aston Martin demonstrated the flexibility of its ‘VH’ platform by unveiling a four-door car with the performance of its sports cars.

The ‘VH’ platform was made of extruded aluminium sections which could easily be modified in length and width allowing a flexible basis across the whole range.

Whilst the construction method was cutting edge the name recalled the hey days of the fast Lagonda saloons of the 1930s and 1960s.

The concept was based on a DB9 powertrain, meaning it was a working car, but featured design features that did not make it to the final production car 3 years later. Most striking of these is the polycarbonate roof and the chess set/ mini bar in the boot. More practical were the carbon ceramic brakes and LED headlamps which would take a few more years to appear on production cars.

Like many concepts once its time in the sun was over the Rapide Concept was put away in storage to gather dust. In 2019 it was transferred into the permanent care of the Aston Martin Heritage Trust before being brought back to life by HWM. 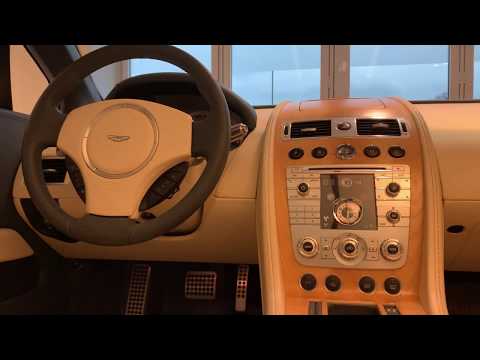 Back to Top
© 2022 HWM New Zealand Avenue, Walton-on-Thames, United Kingdom, KT12 1AT Reg Office: Bridge Street, Walton – on – Thames, Surrey, KT12 1AT Reg. Company Number: 6794068 VAT Reg. No. 211541514
CREDIT PROVIDERS H.W.M. Limited T/A HWM Aston Martin is an appointed representative of ITC Compliance Limited which is authorised and regulated by the Financial Conduct Authority (their registration number is 313486). Permitted activities include advising on and arranging general insurance contracts and acting as a credit broker not a lender. We can introduce you to a limited number of finance providers. We do not charge fees for our Consumer Credit services. We may receive a payment(s) or other benefits from finance providers should you decide to enter into an agreement with them, typically either a fixed fee or a fixed percentage of the amount you borrow. The payment we receive may vary between finance providers and product types. The payment received does not impact the finance rate offered. All finance applications are subject to status, terms and conditions apply, UK residents only, 18’s or over, Guarantees may be required.
GET IN TOUCH If you would like to discuss your experience at any of our dealerships then please feel free to contact us. Contact Us
HWM on Social Platforms:
Back
Book A Service
Vehicle Valuation
Compare Saved Vehicles
Top
Close